Sweden is installing a permanent hydrogen fuel filling station in the city of Gothenburg. The new station will make it possible to travel by hydrogen-fueled vehicle the whole length of the roughly six-hour drive between Oslo, Norway and Malmö in southern Sweden, which already have stations in operation. The station is the result of a partnership between the regional government, the EU, Hydrogen Sweden and clean fuel companies, with the aim of testing new fuel cell technologies and promoting the uptake of hydrogen-fueled vehicles. 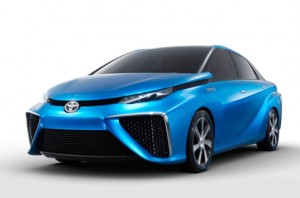 Sweden expands its hydrogen vehicle refueling station network | Inhabitat – Sustainable Design Innovation, Eco Architecture, Green Building Sweden has been investigating and investing in the development of fuel cell technology in line with EU directives on developing more environmentally friendly alternative fuels. As many readers are no doubt aware, hydrogen is a fossil-free vehicle fuel when it is produced from renewable energy sources. A fuel cell vehicle also only emits water, which is the result of a chemical reaction within the fuel cell. Many vehicle manufacturers are investing in fuel cell technology, which can also be used to extend the range of hybrid vehicles. A number of hydrogen-fueled passenger cars from major manufacturers such as Toyota, Volkswagen and Honda are expected to arrive on the market in 2015 or 2016.

The new station, also expected in 2015, will be located next to the Gothenburg premises of project partner PowerCell Sweden. While there are many project partners involved, co-funder the Region Västra Götaland government sees it as an important investment for the region. Regional Development Chairman Birgitta Losman says, “Hydrogen is part of Region Västra Götaland’s work for sustainable transportation. As a region, we want to help create more jobs while reducing the environmental impact. The aim of the project is to invest in a basic infrastructure for hydrogen vehicles that makes it possible to create development in hydrogen vehicles and fuel cell technology in the Västra Götaland region.”

The station will allow for the testing of fuel cell vehicles at the PowerCell Sweden site and encourage the local community and businesses to start using them. Naturally, there is no point in buying a hydrogen-fueled vehicle if you have no way to refuel it! The station will be open to the public and it is hoped that local taxi and logistics companies will be among the early adopters in the area.